Back in August 2012 I brewed a Blonde Ale and racked it onto the leftover yeast from a Kriek I made the year before. It’s still sitting in primary after 18 months, so it’s officially the longest primary fermentation I’ve done so far. Here’s what it looks like now: 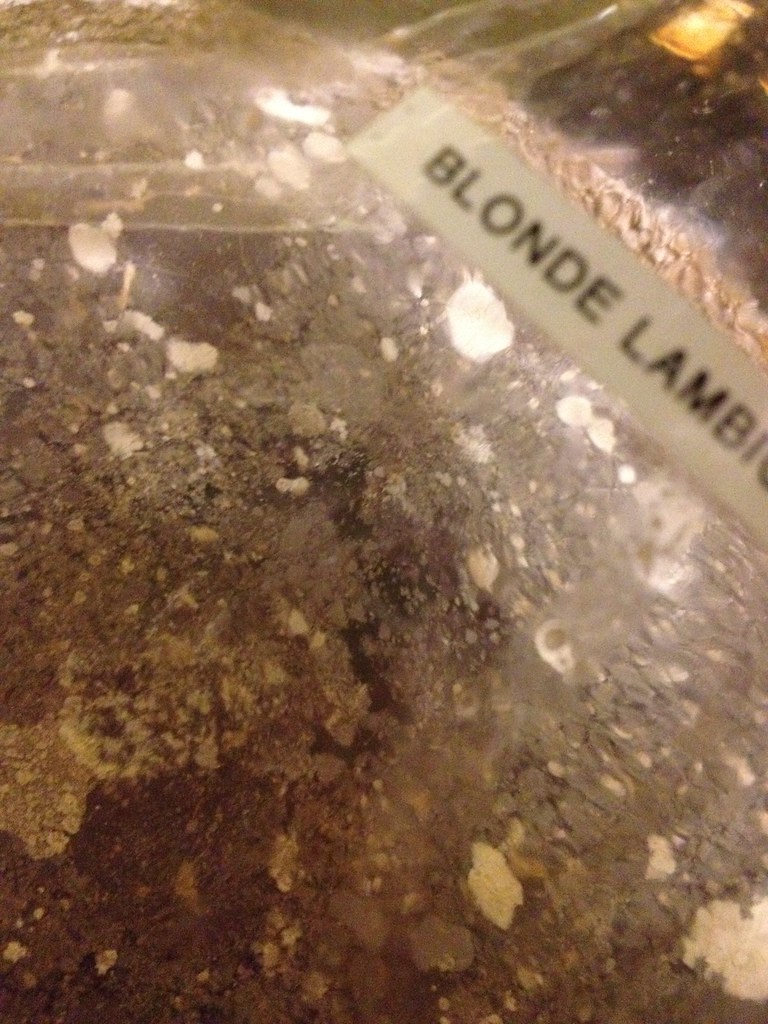 I know. Gross, right? It looks like the water in the trash compactor scene in the first Star Wars (Episode IV) when that weird snake thing pulls Luke under and tries to strangle him. Well, it’s supposed to look like that, so don’t worry about it. You’ll love it. It might just be the best beer you’ve ever had.

I tasted it after about a year and it was good but still not that sour (which is the whole point of waiting) so I let it go. Now at 18 months it’s way more sour and tasting even better so I think it’s time to get it into bottles. I’ll be using the 750ml Belgian bottles again so it’ll have that super serious, I’m-not-fucking-around Belgian Beer look. I’ll probably do labels too. I’m not sure if it’ll just be called a Blonde Lambic or if I’ll come up with a better name for it. Apparently that snake thing in the trash compactor scene is called a “Dianoga.” That might work. If you have any better ideas let me know so I can use them and then pretend I came up with them.

I’m not sure what the next sour beer will be. I don’t think I want to do the same thing again, but I may go back and try another Kriek since the first one didn’t really get the time it needed to develop. Yeah, that’s what I’ll do. Maybe even get some real sour cherries to use instead of the canned sour cherry puree. Anyone know where I can get real sour cherries to use in a Kriek? If you have a sour cherry tree let me know. Or if a sour cherry tree isn’t a real thing let me know too. That would be good to know.